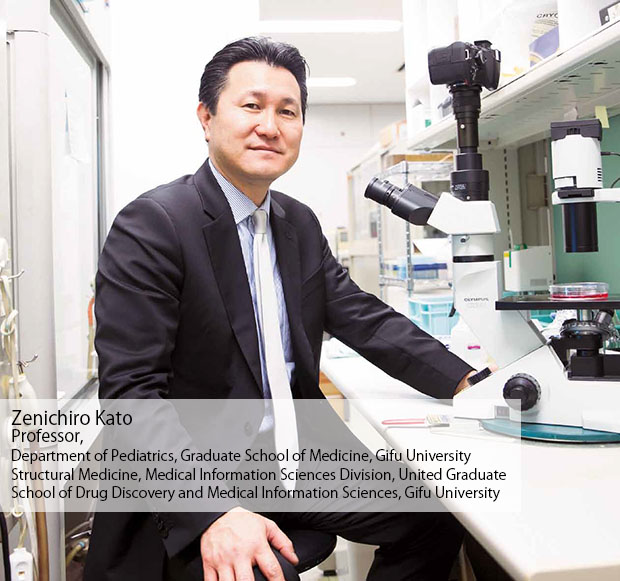 It was roughly 20 years ago when I first considered research of the three-dimensional structure of proteins, an idea that arose from a notion I developed practicing pediatrics, and which I still have, namely, that genes may be involved in diseases such as asthma, epilepsy, and heart disease.

In graduate school, I studied diseases known as inborn errors of metabolism and discovered that patients with these diseases had common genetic mutations, but an essential question still remained unanswered-- Why do these mutations cause diseases? When a gene mutation occurs, the amino acids produced on the basis of this information are affected. Long chain structures of these amino acids form peptides and proteins, but their function is first demonstrated when these chains are folded into complex three-dimensional structures. In other words, the effect of genetic mutations ultimately appears as changes in protein structure, which manifest as disease. If this is the case, it occurred to me that the key to understanding the relationship between genetic mutations and disease lay in the three-dimensional structure of proteins, and what was needed was to establish a new field of "structural medicine."

When I entered into the field of structural medicine, the research topic that I chose was proteins and interleukin-18 (IL-18) that cause problems such as incurable pediatric diseases. These substances are released from lymphocytes and other cells that regulate immunity to protect the body from bacterial and viral infection, but excess production causes immune disorders such as rheumatoid arthritis, septic shock, and allergies. These immune diseases are caused by the binding to IL-18 of two proteins known as receptors α and β, and if this binding could be inhibited, then the onset of disease could be controlled. But at the outset of my research, the function and structure of these proteins were unknown, and I started my research by elucidating this information as an effort to assist in drug discovery and development of treatments for incurable diseases. 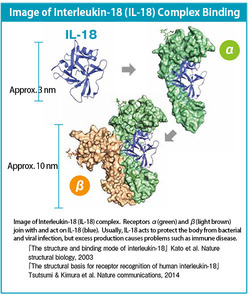 Proteins comprise vast numbers of atoms, and to understand their structure not as flat but sterically required an understanding of where each atom is located in three-dimensional space. Nuclear magnetic resonance (NMR) techniques and X-ray crystal structure analysis were used for this task. Through NMR, which is a technology used in MRI, we transmitted specific electromagnetic pulses that provided information about the distance between each atom. Then, through X-ray crystal structure analysis, we irradiated proteins with X-rays and determined the location of their atoms from scattering of the X-ray beams. For the expression and purification of the molecules used in these analytical tasks and analyses, we were helped by Dr. Takeshi Kimura (Assistant Professor, Gifu University), Dr. Hidenori Ohnishi (lecturer, Gifu University), a long-time collaborator, and many other faculty members at Gifu University and Kyoto University.

Working with these two analytical techniques, in 2003 we succeeded in determining the three-dimensional structure of IL-18. Then, in results from further research, we clarified the structure of receptors α and β, which bind to IL-18, and their binding mechanisms. At this point, we understood that, in binding to IL-18, binding with β took place after binding with α, but we did not understand why this two-step binding occurred. Now for the first time ever, we have explained this mechanism.

Fruitful Environment at Gifu U., Where Long-Term Research Has Led to Results 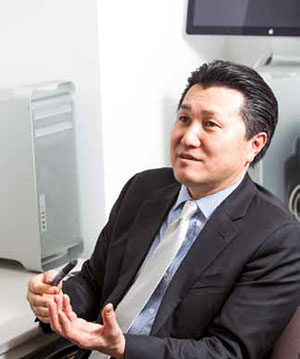 Now that the three-dimensional structure of IL-18 is known, efforts to develop new drugs that inhibit its binding are beginning. IL-18 and receptors α and β join together in a shape that matches their surface topologies together, and if a molecule were found which filled the troughs on the binding surfaces and impeded binding, it could be used as a drug. Understanding of this three-dimensional structure has allowed us to construct a database including molecules with various structures, and to simulate whether they will fill the troughs on the binding surface of IL-18. This has provided efficient screening of candidate drugs. As a result, we discovered 30 promising candidates among 300,000 molecules. In experimental determination of interference by these molecules, four molecules demonstrated a distinct effect, and we filed patent applications for them. In the future, we hope to use these molecules to move to a clinical trial phase.

Up until almost 10 years ago, when I talked about structural medicine, a lot of people were critical. "Can you really do that?" But my former supervisor, Prof. Naomi Kondo, who was a former chairman of Department of Pediatrics, Gifu University, showed a lot of patience in my research, which did not produce quick results. I believe it was this environment of deep understanding too, that allowed me to achieve these kinds of results. 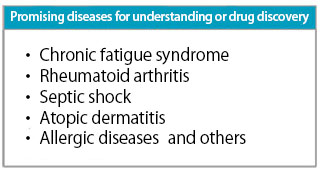 Now, I also have a post in the Gifu University United Graduate School of Drug Discovery and Medical Information Sciences, which is a combined education and research organization focused on drug discovery and sponsored by Gifu University and Gifu Pharmaceutical University, and I'm also extremely grateful that this kind of environment has materialized on the university side too. Drug discovery is not an activity that a school of medicine or a school of pharmacy can bring to completion on its own. Both need to cooperate, of course, and for the first time it's working out really well because a broad range of fields like the school of engineering and the school of agriculture are lending a hand too. To me it feels like there's a lot of foresightedness at Gifu University, where this system is already up and running.

My motivation for taking up this research is first and foremost the patients I have seen personally suffering from incurable diseases, and my hope for the future is to make progress in drug discovery research that provides help to a great many patients. 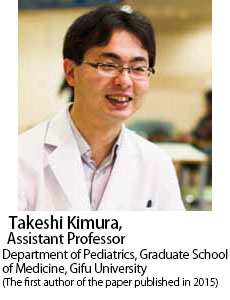 A source of good quality proteins suitable for the research is an absolute requirement for understanding three-dimensional structures. The work in expression that we first attempted using organisms like E. coli and yeast just did not go well, and after spending more than five years at it, we finally arrived at a method using insect cells sourced from moths that led to success in extracting IL-18 receptors and crystallizing the material through high-level purification.

I've been involved in the structural analysis of IL-18 that Professor Kato is pursuing for roughly 9 years, since my time in graduate school. Research with the potential to contribute something to society goes this way, and I think that the efforts we've made will be rewarded. 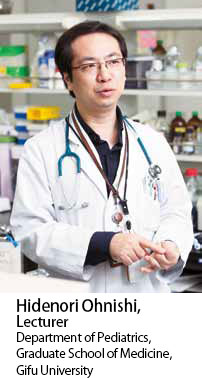 From Foundational Research in Structural Medicine to Routine Treatment

In the work to understand the three-dimensional structure of the IL-18 complex, since my time in graduate school, I've worked under the direction of Professor Kato and focused my efforts on expression and functional analysis of the IL-18 complex used in research. Now that the three-dimensional structure is understood, and candidate molecules for inhibiting signal transmission have been identified, I'm moving onward to experiments where these molecules are applied to cells to observe their actual function. As a pediatrician, my areas of focus include immunodeficiency, collagen disease, and rheumatic disease, but from the perspective of providing routine patient care too, I am focusing my efforts on drug discovery research, in the hope that we will soon be able to develop new drugs that help patients suffering from incurable diseases for which there are no therapeutic drugs. 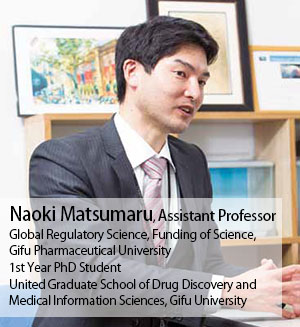 What I am collaborating on with Professor Kato is a motion analysis technique used among patients such as those with neurological disorders. Until now, when we evaluated patients after drug administration, we used a qualitative evaluation where complete inability to lift up an arm was 0 points, partial motion was 1 point, and lifting up to ear level was 2 points. But these methods incorporate subjectivity, and they also lack any index for evaluation between scores of 0 and 1. So what we are working on is the creation of standards for quantitative evaluation based on image analysis. While the three-dimensional structure of IL-18 is known, and development of new drugs for diseases such as rheumatoid arthritis is underway, motion analysis techniques will be helpful for precise evaluation of the effects of new drugs.

Motion capture equipment set up in motion analysis room. An infrared camera
reads the movements of a ball attached to the body of a subject and provides
specific, numeric analysis of improvements in motion.

Motion analysis uses motion capture technologies also used in Hollywood movies. A ball-shaped marker is attached to the body of the subject, and motion data are captured by an infrared camera and collected as coordinates. This allows visualization of a series of movements and also allows objective, numeric evaluation of elements such as range of motion and speed.

While I've participated in data analysis in a variety of different fields as a computer scientist, the truth is that, thus far, I've done very little work like this in medical areas to collect and analyze data that results in better medical examination and treatment. Now I hope that I can be more of a bridge-builder between medicine and computer science and help to improve medicine through expertise in data analysis. 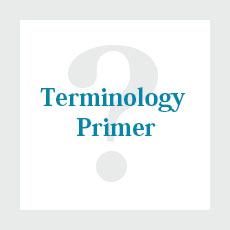 A. IL-18 is a protein released by lymphocytes to protect the body from bacteria and other entities.

IL-18 is a protein approximately 3 nanometers in length. It is released by lymphocytes, which regulate immunity, and flows through the blood while controlling inflammation caused by bacterial and viral infection. It does not act independently but binds to two proteins (α and β) and works as an "IL-18 complex." However, excess production causes immune disorder. Now, the three-dimensional structure of IL-18 and its complex has been understood at the atomic level for the first time anywhere. A paper describing this discovery was published in the UK scientific journal "Nature Communications."

A. peptide is a compound of numerous amino acids bound together.


Q. What do proteins do?

A. Proteins are the main constituent of the body and provide critical functions that sustain life.

Proteins, which also represent one essential nutrient, are the main constituent of the majority of the body, as in muscles and organs, skin, hair, and blood. The human body is said to contain some 100,000 different proteins, each of which provides a particular function such as body movement, transport of nutrients or oxygen, or fulfillment of immune functions.