Research study on "Citizenship Education": The use of authentic materials (from school consolidation to manga) in pondering social issues 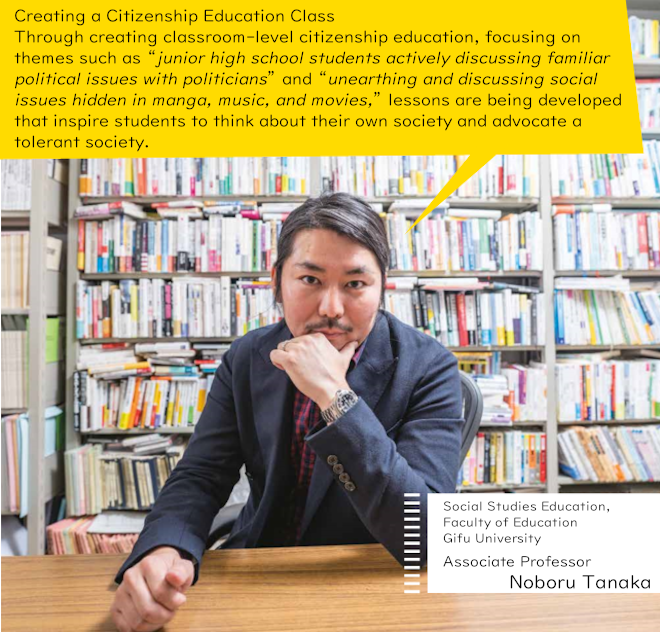 Simply put, citizenship education can be defined as "fostering sovereign citizens to think carefully about their own society and politics and participate in a democratic society created by everyone." This can be considered as the ideal form of social studies education.

The problem with social studies education in Japan lies in the fact that it is often limited to teaching knowledge of the parliamentary system and ideals such as "societal changes through voting." If knowledge alone is the main concern, one can probably learn more by searching and reading research papers. High school students also know that society is often driven by the formation of policy groups such as factions and political parties. If students are taught only ideals that are different from the reality they face, their motivation to learn will not increase. There is a need for education that helps them identify real-world problems and come up with solutions themselves. 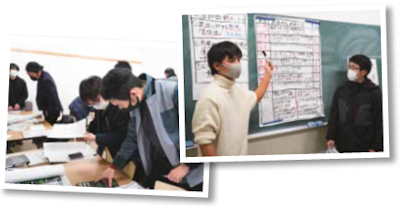 The Raise Election Awareness among Gifu Youths, made up of student
volunteers, worked on the "Gifu Prefectural Gubernatorial Election
Manifesto Analysis" and rated eight items, including medical care,
economy, environment, and education, on a 10-point scale. They
jointly discussed their enthusiasm for politics, creativity, and the
achievability of pledges and promises.

The research focus of my citizenship education pedagogy deals with critical and analytical thinking about society through authentic issues. Basically, we have undertaken two initiatives.

The first is called "Discuss Our Society," which has been implemented annually since 2016 in "connecting school and society through practice." For example, junior high school students discuss the issue of school consolidation and closure due to aging school buildings and declining birthrate and formulate their own social policies. The students then debate the issue with invited politicians and argue head-on with each other. Another initiative is "Class on Subcultures," where students explore social issues underlying pop culture such as manga, music, movies, and other media. Themes derived from popular culture such as "what is freedom?" as well as democracy, gender, identity issues, and so on are also explored. It does not make sense to suddenly ask elementary school students to think what real freedom is about, but by looking at the main character(s) from popular mangas as the subject of attention and asking them to put themselves in that character's shoes, lively discussions can easily be generated.

There are no cut-and-dried solutions to these social issues. The new "Courses of Study" of the Ministry of Education, Culture, Sports, Science and Technology of Japan revised in 2017 and 2018, which I was also involved in formulating, present the importance of viewing one problem from multiple perspectives. Ironically, there's very little that can be learned at school, but if students are provided the experience of critically looking at society even once, it will foster in them the foundational habit of thinking about society, "personalizing it as their own," and engaging in social dialogue as a process of lifelong learning. In collaboration with school education, it is my hope to convey such a social studies education according to the learners' motivations and levels of understanding. To this end, my research does not simply end in theorizing educational methods, but putting into action such practical education at schools in and outside Gifu Prefecture. For example, one of my former seminar students, who is an elementary school teacher, saw another teacher reprimand a student for running in the hallway. Subsequently, in the homeroom class, a discussion was held about the school policy of running in the hallways. Such discussions with students can be incorporated into daily education in various ways.

Social problems remain as problems until someone dares to raise the issue as illustrated in a high school where some students started a movement to overturn some absurd school regulations. In a democratic society, there are many rules decided behind closed doors that rather should be decided through open and free discussions among its stakeholders. I hope that our children will learn to face up to these realities of living in a democratic society. 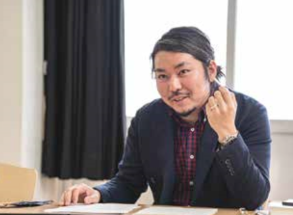 When I was a child, I used to hate school classes. Especially in junior high school, I was skeptical of the disposition among teachers to provide their students with "the correct answer." Therefore, in my effort to change this kind of education, I aspired to become a social studies teacher. My fascination with the research I undertook as a graduate student led me to my current career. One of the intriguing research subjects I took was Cultural Studies that analyzes the ideas and values underlying music, manga, and movies and non-traditional culture as subcultures. Another area of interest was the social studies education in the United States. Schools in the U.S. have already incorporated real life issues in society in their education systems, such as teenage pregnancy through the medium of hip-hop lyrics. My exposure to these interests eventually led me to my current research.

My future goal is to explore ways to make learning more motivating for learners. One approach to this is to implement in our schools the citizenship education methods I discussed earlier, namely "Discuss Our Society" and "Class on Subcultures" in order to connect children, schools, and societies. We will also be developing a customized curriculum with a venture company I established to promote practical learning.

I value the expression "creating society with everyone." In other countries, people take politics seriously, think of it as "their own issue," put their trust in their government, and manifest their right to free expression of agreement or disagreement with policies through public recognition or demonstrations. On the contrary, Japan's "omakase democracy," which basically leaves social policies in the hands of the government is the result of latent political distrust; and every time a problem arises, there ensues an outpouring of criticism and anger. If only individual citizens would think what actions they could take, I believe real change can happen as we develop from an intolerant society to one that is kinder and more livable, based on mutual trust.