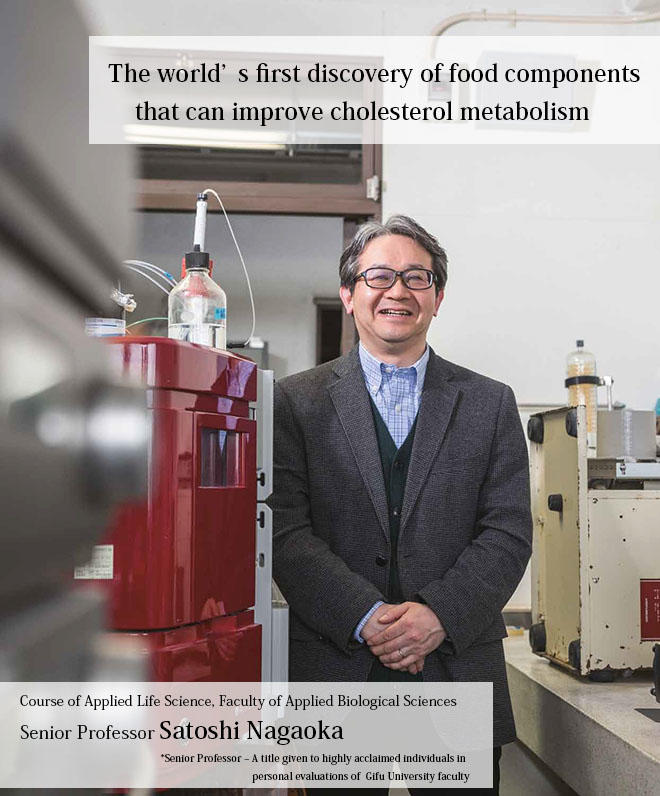 I have been engaged in a range of food science-related experiments to identify the potential impacts of food intake on human health and body functions.

Food has many diverse roles for the maintenance of our health and body functions. We often hear the media playing up "healthy food"; but whatever the definition of such healthy food is, there are only five major nutrients in food: vitamins, minerals, carbohydrates, proteins, and fats. Other elements such as peptides and polyphenols (polyphenol: indispensable to plant pigmentation and the source of bitterness), also have unique, complementary roles, but are not always necessary for our survival. Food that we consume contains more complex elements than we think, and many of them are believed to be conducive to enhancing our health. For example, polyphenol-rich green tea is proven to be good for our health. My team has been studying new aspects of nutrients and food elements in the hopes that they could help people's quick recovery from illnesses, prevent illnesses, and extend a healthy life span.

I was particularly intrigued by the elements that can stave off 'hypercholesterolemia.' The latest World Health Organization (WHO) survey shows that the worldwide death rates attributed to arterial sclerosis-related illnesses such as heart attacks and cerebral strokes are 26.5% (the single largest cause for death). It is well known that hypercholesterolemia induces arterial sclerosis and causes fatal heart attacks and strokes. Our team has been carrying out experiments on milk whey protein and soybean protein in search of amino acid sequences that can reduce blood cholesterol and block the progress of hypercholesterolemia. After much trial and error, we found certain types of peptides that lower blood cholesterol levels, and our discovery was later recognized as the first in the world. 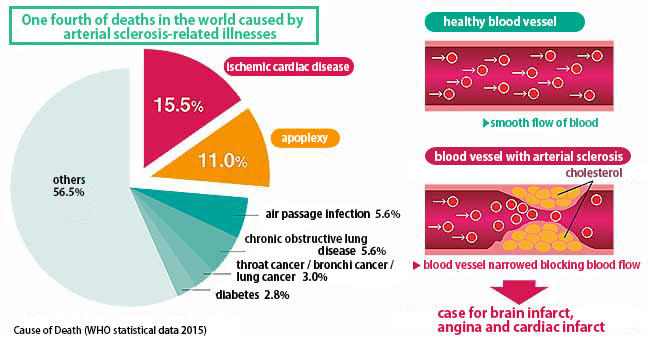 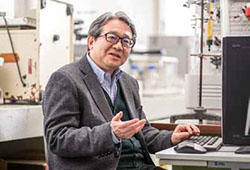 Peptides are short chains of amino acids, different from proteins that are large molecules of long amino acid chains. Our team has been searching for the amino acid sequences at the peptide level that are believed to enhance our health.

For example, soybeans provide many health benefits to humans, but they also cause allergic reactions. If we can identify and separate only the health-promoting peptides from soybeans, they can be used in treatments to help people recover from illnesses or prevent diseases without causing allergic reactions. Under this hypothesis, our team conducted experiments to find specific types of peptides in various amino acid sequences.

In 2001, after 12 years of hard work, we discovered the world's first cholesterol-lowering lactostatin, a type of peptide in milk whey protein. This achievement would never have been possible without many years of dedication from my students.

People used to believe that milk increased the cholesterol level until around 100 years ago, but repeated examinations revealed that milk whey protein has the complete opposite effect, i.e., it can reduce cholesterol level in the blood. Based on this finding, our team examined milk whey protein in collaboration with dairy product markers in Japan.

We eventually found lactostatin by examining peptides in Caco-2 cells, a cultured intestinal cell line. How did we find lactostatin? First, we orally administered beta-lactoglobulin (extracted from milk whey protein) to rats, and confirmed that it has cholesterol-lowering effects. We then broke down beta-lactoglobulin to the peptide level, and analyzed each peptide. However, to determine how beta-lactoglobulin works in rats, we needed a large amount of purified peptide, and it costs about 1 million yen to purify even one gram of peptide, along with long hours of purification. Given the enormous costs and time, we had no choice but to try an in vitro evaluation method that required only a miniscule amount of peptide. We compared peptide absorption speeds by adding a small amount of peptide to the intestinal culture cells (Caco-2 cells) mixed with radioactive cholesterol. These experiments were all conducted in test tubes, enabling us to study various peptides in small quantity. Finally, we narrowed down to three types of cholesterol-lowering peptides in beta-lactoglobulin.

We orally administered these three peptides to rats again, and made our final assessment.
Because we were conducting approximately 50 experiments, we sought out quick evaluation methods and designed more efficient animal experiment models. All these efforts finally led our team to discover lactostatin, and it is indeed a fruit of our team's hundreds and thousands of trial-and-errors and indomitable will to succeed.
Subsequently, we established a theoretical model for identifying cholesterol-lowering peptide based on the amino acid sequence of lactostatin. Later, we also found soystatin in soybeans by applying the same theory. Now, we can discuss the potential impacts of food on human fat metabolism through the analysis of amino acid sequences. We believe that our newly established theory expand the field of food science. 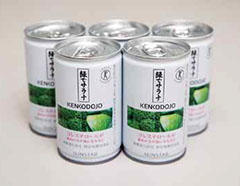 We formulated a new approach for quickly finding cholesterol-lowering peptides and it led us to learn a lot more about the unknown features of food. We will soon be able to predict peptide functions from amino acid sequences. Alternatively, by artificially changing the sequences in the future, we can engineer peptides to perform new roles or to enhance functions that are beneficial to human health.

Currently, our team is researching a variety of food items, and is learning that many food elements are as good as medicine. We will further develop our research methods and examine the nature and structure of peptides and their possible interactions with human genes. Our team continues to study food substances for the promotion of our health. 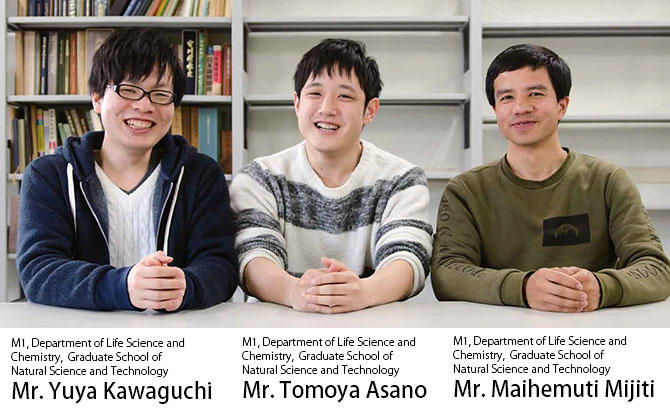