On Wednesday, November 9, 2022, a special lecture of "Space Engineering Seminar" was held with the cooperation from the Consulate of the United States in Nagoya. Dr. Garvey McIntosh, the National Aeronautics and Space Administration (NASA) Asia Representative was invited as a special guest for the lecture.

The lecture was held as part of "Space Engineering Seminar," one of the projects implemented by the space engineer development division of "Gifu Space Study Association*" (Chair: President YOSHIDA Kazuhiro of Gifu University). A total of 162 people including 61 senior high school students within Gifu Prefecture, and students from the National Institute of Technology, Gifu College attended. Twenty-four people also joined the lecture online.

Under the titled, "Launch America," Dr. McIntosh introduced activities of NASA in the past and for the future. He spoke about the Apollo program, activities of the International Space Station (ISS), and the Artemis program whose major objectives are to reestablish a human presence on the Moon and to facilitate human missions to Mars.

The lecture was followed by a presentation by Mr. TAKENAKA Takuma, a 3rd year student of Gifu Technical High School. He is a member of "Gifu High School SAT (GHS) Project" and his team is working on a project to release small-scale satellites from the ISS. Dr. McIntosh gave some advice as well as words of encouragement to the members of his team. Later, students, Dr. McIntosh and Ms. TANAKA Rika from the Consulate discussed what will be crucial elements for people to join space exploration in the future.

Many questions made from the participants for Dr. McIntosh showed their strong interests in space missions. We will continue guiding the GHS projects, supporting students and reinforcing collaboration among all parties concerned. 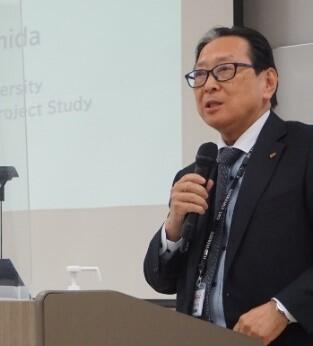 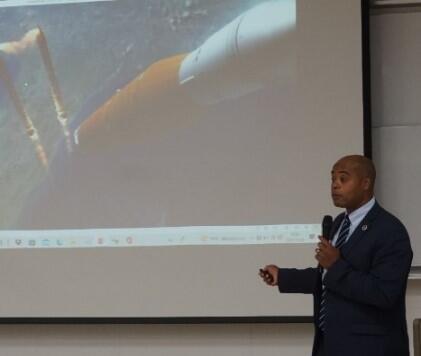 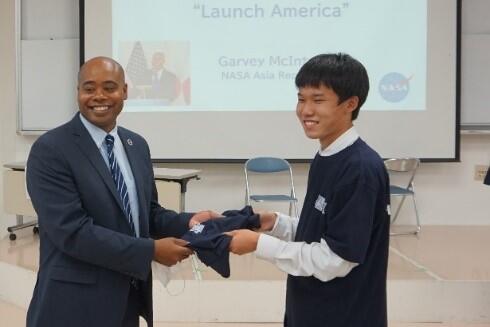 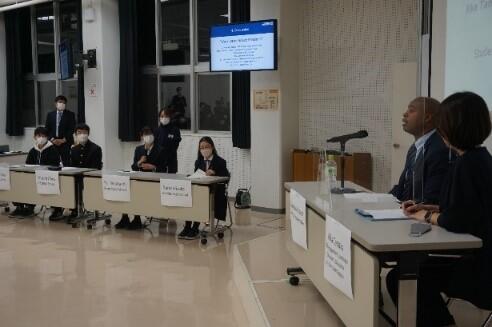