The award goes to the individuals (both males and females) who have made a remarkable contribution to cultivate female engineers (including researchers) as part of diversity promotion committee activities in Japan. The major objectives of this award are to promote and support female engineers to play a leading role in business communities.

On Monday, August 29, Professor Oyabu visited the Office of the President and reported her awarding to the President Kazuhiro Yoshida. Professor Oyabu noted, "I believe that campus-wide support for female researchers, and visiting lectures and symposiums on promotion of gender equality organized by the members of Gender Equality Promotion Office all resulted in my awarding." President Yoshida gave her words of encouragement who said, "It is a great honor that one of our staff received this award particularly because many winners in the past are the people from the business community." 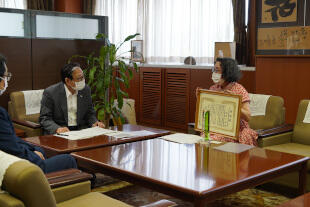 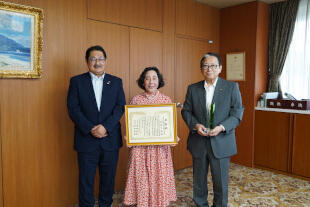