Academic exchange programs/projects aiming for advancing interdisciplinary alliances in medicine, pharmaceutical sciences, and the opening of 2nd symposium 2019 in Salamanca are one of the major objectives of the agreement.

After the signing ceremony, University of Salamanca 800th Anniversary Commemorative Music Concert was held at Salamanca Hall, Gifu Fureai Plaza, and it was followed by an informal exchange meeting among participants. Gifu University students were invited to play koto Japanese harps and shakuhachi bamboo flutes for the participants and the audiences particularly people from Spain looked very impressed by their excellent performances.

Gifu University will continue to deepen and reinforce this three-way partnership with Gifu Pharmaceutical University and University of Salamanca long into the future. 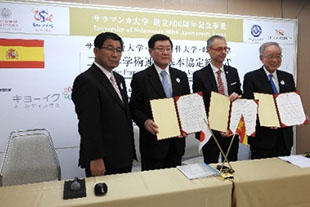 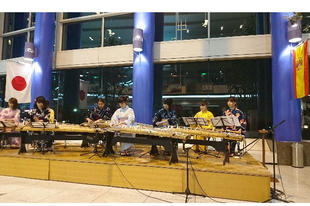