Mr. Kobase and Professor Kousho Kasuga, his supervisor visited the Office of President on April 17, and reported his achievement to President Hisataka Moriwaki.
"I usually compete in a freestyle category, but I am also practicing breast stroke hard these days. I would like to keep on improving my swimming skills by making the best use of experiences at Rio 2016 Summer Olympics," said Mr. Kobase. In response, President gave the following words of encouragement to him; "I hope you will become one of the best swimming instructors in Japan, who is equipped with outstanding swimming techniques and educational expertise through your studies at our graduate school."

While studying at the graduate school, Mr. Kobase is already setting his sights on TOKYO 2020. As a coach of Gifu University's swimming club, Mr. Kobase gives instructions to his juniors particularly focusing on quality swimming.

Gifu University looks forward to your strong support and encouragement for Mr. Kobase's success at TOKYO 2020 and beyond. 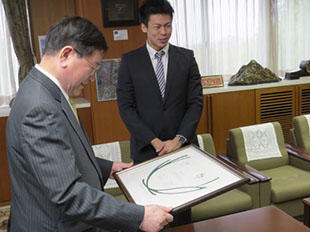 Mr. Kobase reporting his achievement to the President 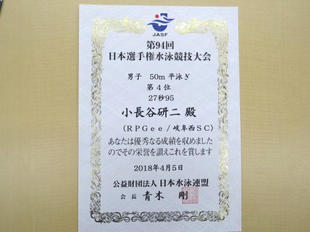 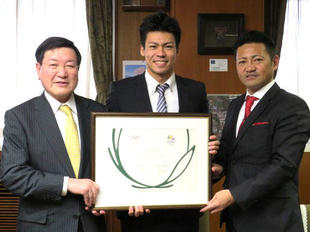