President Hisataka Moriwaki, Professor Wang Zhigang, Vice President for Industry-Government-Academia Collaboration and Professor Mitsuaki Hosono of Head Office for Industry-Government-Academia Collaboration, Organization for Research and Community Development and other delegates from Gifu University attended the "China-Japan University Fair & Forum in China 2017" held in Shanghai and Hangzhou from May 13 to 16, 2017. The fair was organized by the Japan Science and Technology Agency (JST) for presentations and exhibitions of research activities by Japanese universities for people in China. It offered a great opportunity to the university officials in both countries to meet with one another for information sharing and opinion exchange.

"China-Japan University President Meeting" was held in the afternoon of May 13 and President Hisataka held a talk with President Li Dayong of Harbin University of Science and Technology. The two introduced the overviews of their respective universities and later engaged in active opinion exchange. 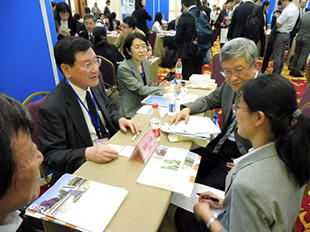 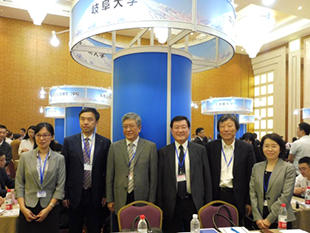 Five subcommittee meetings were held in the afternoon of May 14 and President Moriwaki gave a speech titled, "Gifu University Efforts for Internationalization and Development of Globally-Minded Human Resources." 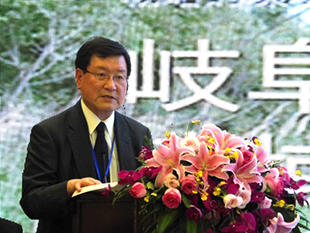 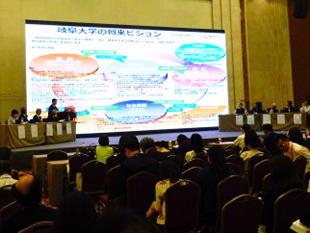 The "China-Japan University Fair & Forum in China 2017" ended with a great success paving the way for securing skilled personnel, implementation of joint research programs and technological transfer in the future. 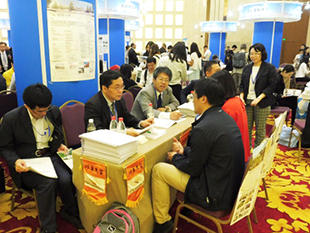 Scene of the meeting in Shanghai 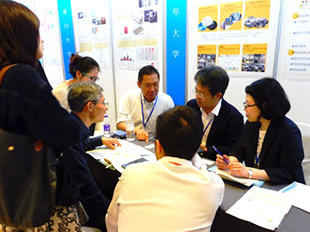 Scene of the meeting in Hangzhou