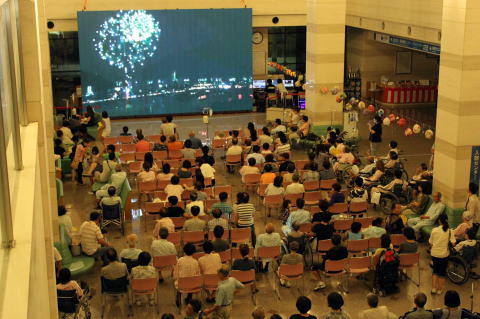 On July 30, 2016, the Chunichi Newspaper Nagara River All-Japan Fireworks Festival was broadcast live at the Atrium of the University Hospital.
This first live coverage of the fireworks at the Hospital was realized thanks to a great effort by Dr. Shinji Ogura, Director of the Hospital. Dr. Ogura is always caring about the patients and believes that they can forget about their illnesses even momentarily while enjoying the fireworks displays on the screen.

On July 30, children at the Pediatric Ward came with the Japanese lanterns of their own making in their hands, and the hospital staff appeared in summer kimono. They all created a real festive mood of the fireworks. Around 250 people including hospital patients and their families, local residents enjoyed watching numerous gorgeous fireworks appeared on a large LED screen from the beginning to the end. 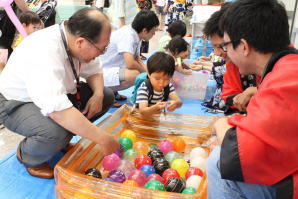 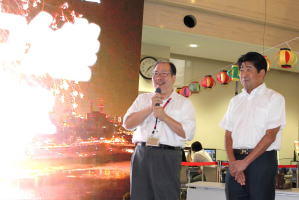 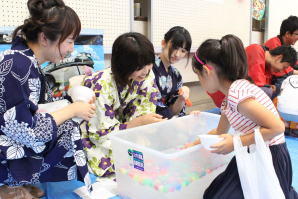 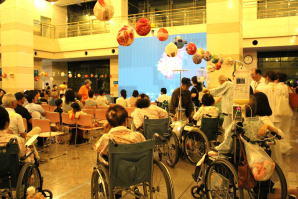 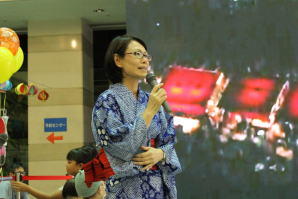 Ms.Yasuko Hirose, Director of the Division of Nursing giving
a speech 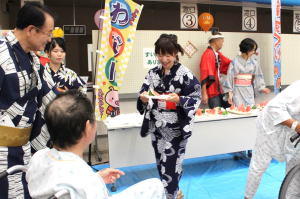 Pieces of sweet watermelons were served for the patients
. 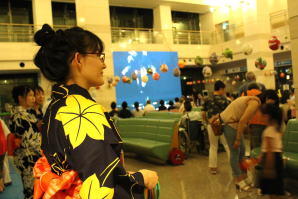 Scene of the Atrium 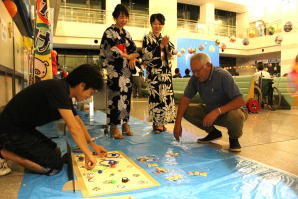