Dr. Tadao Orii, Professor Emeritus of Gifu University received an honorary award from the Japan Pediatric Society. This award, which was established in 2006, is considered highly prestigious in Japan and is offered only one pediatrician of high standing every year. Dr. Orii has worked tirelessly in the study of intractable disease, called "mucopolysaccharidosis," a group of metabolic disorders for years. He is highly regarded as a leading expert in this field of study.

Upon receiving the award, Dr. Orii informed President Moriwaki of his award-winning on Tuesday, April 28th. He said that this award was a representation of the long struggles and strenuous efforts of all the doctors in the Pediatric Department, Gifu University and he received the honor on their behalf. 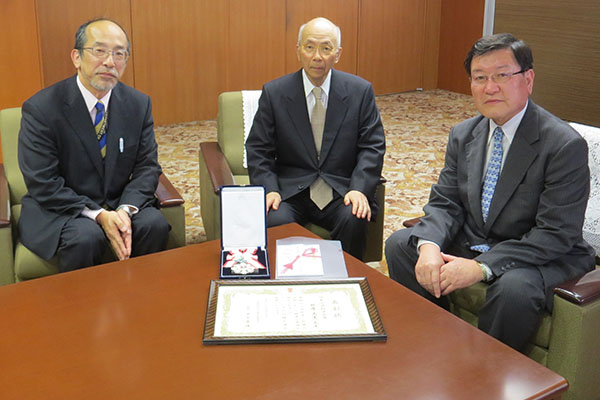